Well, FG-Con 6 is here and gone. And again it was a great time to be a part of it. My first time at this con was FG 5 last fall, when I only hosted 1 game. But this time around I decided to host 3 games, one for every night.

The FG Con was well hosted and organized by a 3 great volunteers, and there was a slue of GMs, (33 I think was the final tally), and the heaps of  players who joined in. I also really enjoyed it due to the fact, a slue of SXG members showed up and hosted a pile of the events. Its good being a part of a group who gets actively involved with stuff like this.

My first game, was Savage Battlestar Galactica, and to be honest I kinda missed the mark on it. I think that this was due to the fact that this was my first actual GM session since my father died a few months ago and I was really rusty and I was more concerned about trying to hit all the elements of the adventure then to focus on how the players were feeling. All though we had fun at the game, it was not my best performance and it seemed kinda forced. But we live and learn.

Here is the basics for each adventure.

1) The XSSC Phoenix, an experimental stealth missile strike craft was ordered to respond to a Cylon attack at the Scorpio shipyards, but just prior to the jump was struck down by the Cylon virus, but due to a glitch and a failure in the ships own systems it managed to complete its jump, but when it arrived it was then in the black. Due to several massive nuke strikes and the blind jump of the Pegasus the arrival of the Phoenix went unnoticed. The crew then formed a team, to stealthy venture to the doomed shipyard station, headed to the bridge and see if they could find any idea of where, if any other survivors may have gone. Finding out that the Pegasus blind jump was actually recorded in the shipyards computer systems, the crews downloaded and deleted the info and then hot legged it back to the phoenix while under attack by a roving band of Raiders. 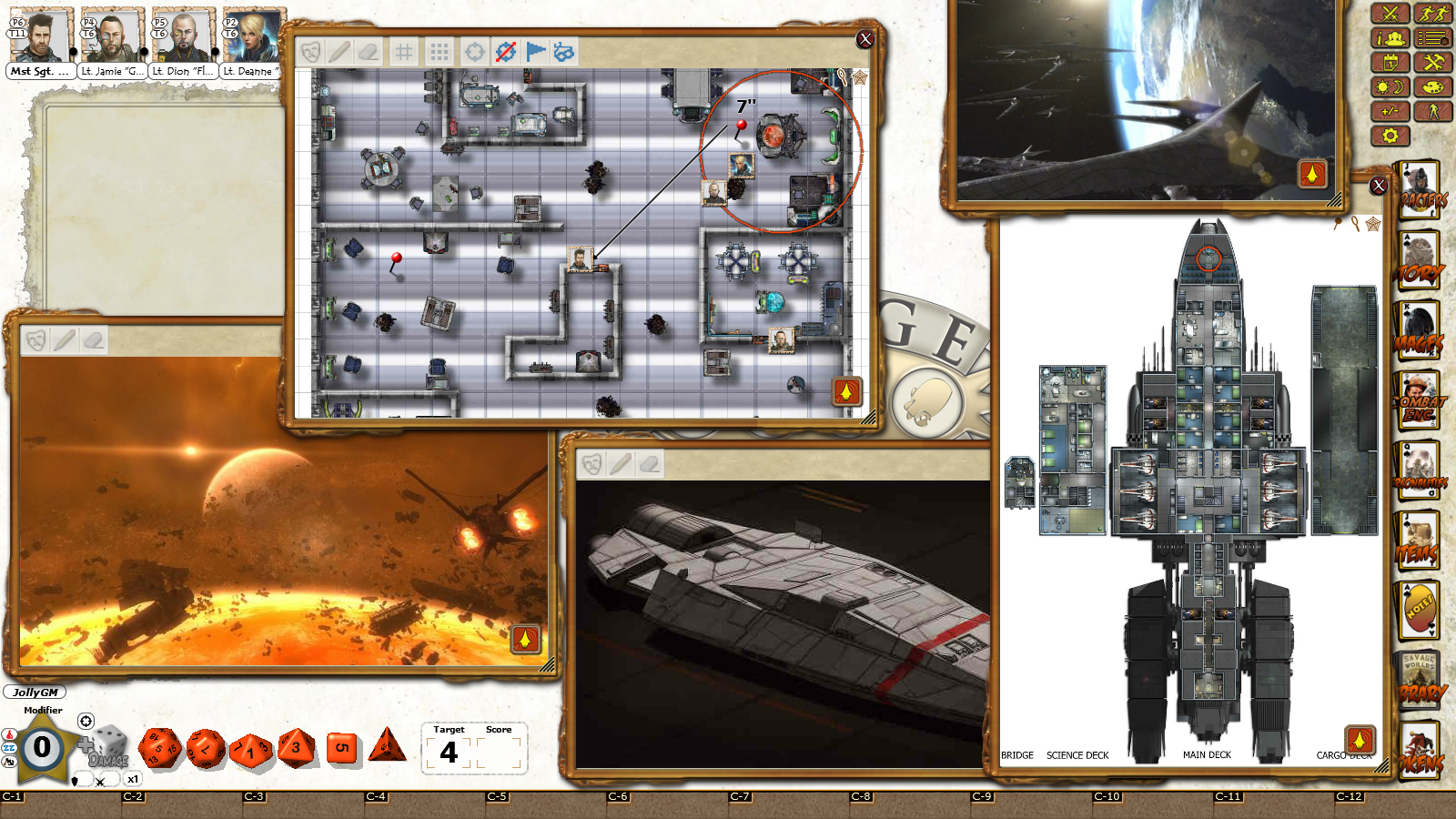 2) My second night was by far much more enjoyable for the players and for myself. Well thats how I felt about it, I guess it took the first game to shake the rust loose. This game was a Savage Worlds Weird War 2 game, where the squad was ordered to rush and take hold a small village that was under attack. Under a severe snow storm, the squad faced the elements and although some were stung by the harsh weather they managed to get to its location, the small abandoned town in which the frozen bodies of Germans and Allied alike lay littered through out town, with one abandoned German tank in the middle of the town square, buried by the recent snow fall. That night several spectral forms rose from the snow, and a haunting ghostly sound of a tank converged on the square. The spectral forms, along with the phantom tank sounds converged on the husk of the destroyed German tank, possessing it.

The squad armed with a Chaplin charged the tank, armed with grenades and the faith of the priest and manage to destroy the spectral forms and rebuke the possessed hulk. 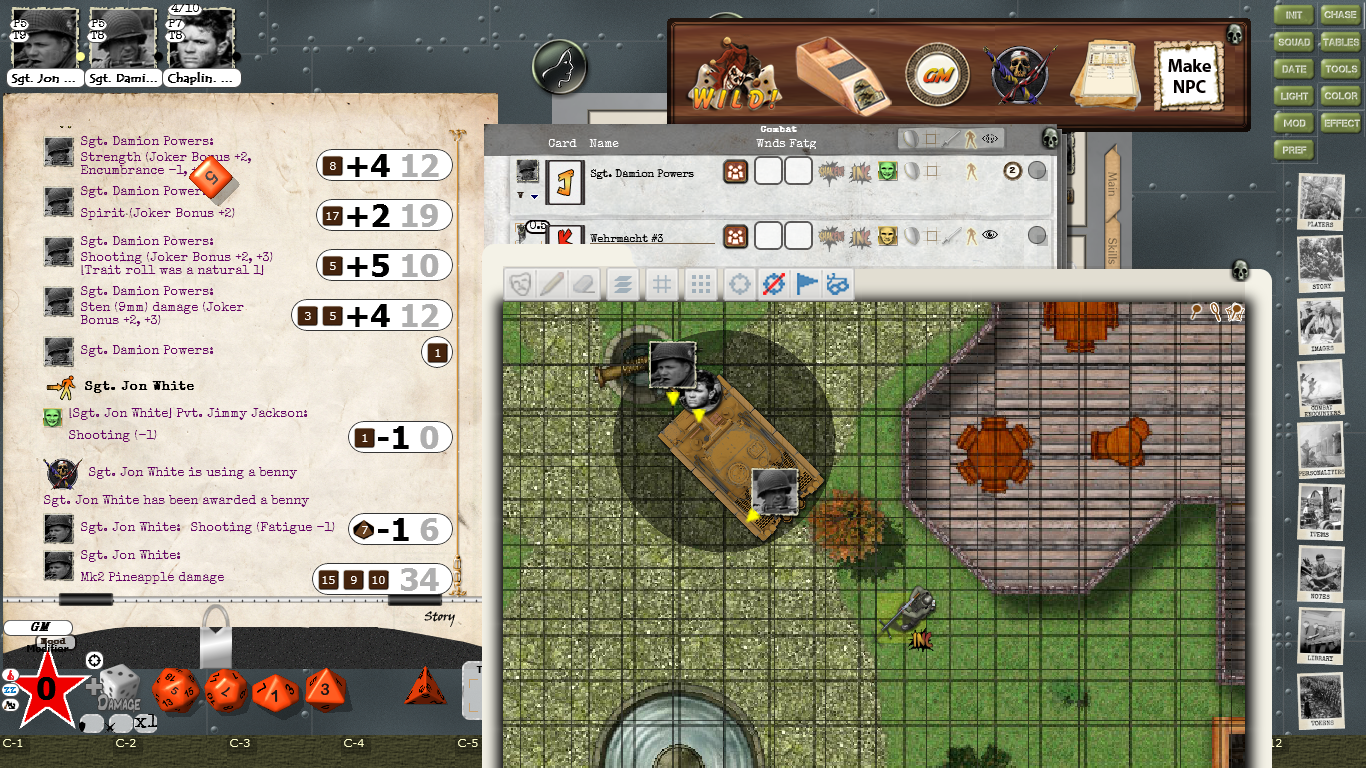 3) My third and final game was a Black Crusades game where the party was a band of pirates attacking a stranded Inquisitional ship. Consisting of a Terminator, a Bezerker, a Veteran of the long war and a Sorcerer. After fighting off waves of Combat Servitors, Sisters of Battle and then concluded with an epic showdown with the remaining Sisters and a Grey Knight Terminator. The battle for bridge was bloody and fierce for both sides, but it managed to swing the way for the pirates, but the cost was a severally wounded chaos terminator, and a dead chaos sorcerer.

At the end of the con, I am flooded with a weird mix of emotions. Sad that it was over, but glad that it is at the same time. It takes a lot of effort and commitment to run games like this. And with all the build up of the excitement of seeing people book for your events, all the hype leading up to it, and meeting lots of new players. You can not help but feel that lose of the excitement of the build up.

But again, its done and over with and now I can sit back and relax for awhile and keep working on a few other projects.