Pre Gen Characters for the up and coming

Darious - If he is not attempting to steal something, he is spending his "earnings" in various taverns and brothels of the Dominions.﻿

Duke Grinlor - Once a rich and powerful duke in the southern Dominions, now banished and exiled, never to see his homelands again under fear of death.

Hellthenia - A savage amazon warrior seeking revenge on those who murdered her tribe.﻿

Skull Gnasher - A savage ghoulblooded warrior from the strange and mysterious Cairnlands.﻿

Turock - A barbarian with only one goal in life,  to crush all that stand before him.﻿

Brok - The Champion of the Dominions, A former gladiator that won his freedom on the blood stained sands of the arenas. 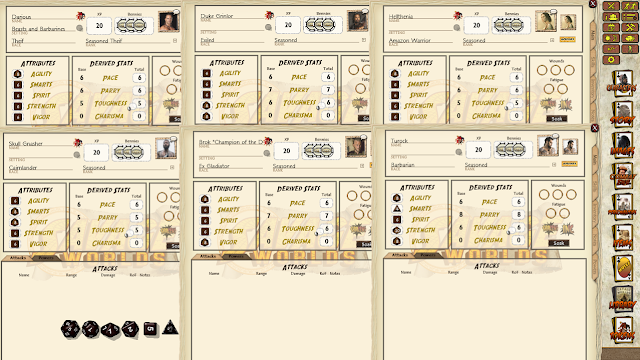