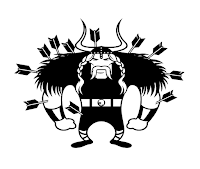 In a bid to find a few extra players for a upcoming one shot adventure, I had placed an ad on the "Looking for Group" thread on the FG forums.

I then got a response from one of the players that I had the joy of GMing in a past FG Daze event. He was new to Fantasy Grounds and Savage Worlds too. Anyways, he responded and said he would love to play, but later when he looked at the scheduling realized that he could not make it.

I am always happy to hear from past players, and that they would like to game with me again so I thanked him for attempt and willingness to join and hoped that maybe some other time he will be able to join.

It was his response to that text that really surprised me, and it made me feel really good inside.

You know, maybe its just due to the pain meds I am on since I broke my ankle, but I found this really inspiring!

This is why I like being involved with the gaming community at Fantasy Grounds. I have meet some really nice people over the years there, got some great games with people from all over the world. Shared ideas with some of the up and coming gaming writers and developers.

And when someone tells me something like this, it really makes me feel good for the time I spend getting things ready, writing the adventures, all the prep work that goes into a game before it even happens. And it makes me what to push that much harder for the next FG Con or Daze I run.

So I just wanted to say thank you very much!! And I hope others players will follow your excellent example of thanking their GMs.

Email ThisBlogThis!Share to TwitterShare to FacebookShare to Pinterest
Labels: Fantasy Grounds, FG-Con, Thanks