Star Wars Edge of the Empire: Victims of Association.

With in just moments of reading through the books, I realized that these books were going to be sitting on my main bookshelf in my house. Do they ever look good! Wow.

Very soon after, I put my pen to paper and created my first adventure..

Reevid - A Rodian assassin who was just recently removed from active duty with the rebellion for being somewhat of a loose canon, hired as protection for the crew of the Forgotten.

Jonas - A Chiss explorer who, along with Mav Wreeber lost 2 weeks of time and woke up in a deep rim medical research space station in which they had to escape with a stolen freighter.

Mav Wreeber - A Wroonian smuggler, who, when came aware that he was being held captive in a secrete medical research station broke out, stole a light YV-560 Freighter which he renamed to "The Forgotten"

It has been a few months since Mav and Jonas had their ordeal with the strange and unknown scientist in a well hidden space station in the outer rim. In order to ensure they had some protection, they hired on Reevid as the hired muscle to help protect them on their "Business Trips"

On their way back from a very legit, and strangely profitable cargo run carrying spare space fighter parts and medical supplies to a team of "archaeologists" in the Yavin system, in return picking up the return cargo as per the plan, headed back to Center Point Station in the Corellian system to a Twilik Goods Broker named Weenue Onan who traded in fine artifacts. Weenu had paid the group 3000 credits upon pick up of the medical supplies and parts for delivery to the Yavin system , and agreed to pay an addition 5000 credits when they returned with the artifacts.

Upon arrival to Centerpoint Station, the crew of The Forgotten were delayed in meeting up with Weenue at his place of work before close so ended up having wait for the evening before being able to collect their money for the job. They spent a night cavorting in the TecSec center making some more contacts for future work.

They run into Weenue in a local tavern having a conversation with a female Bothan who quickly left the scene before anyone could ask any questions. They convince him to pay them the money then, so they can offload the rest of the cargo and move on before the start of the next day. But for some reason, Weenue could not access his accounts via the local Cred station. He also promises them more work with another legit and easy run to take a passenger to Alderaan if they do not mind waiting an extra day. He  then asked them to return in the morning for the creds and the new job, and the group begrudgingly complied. 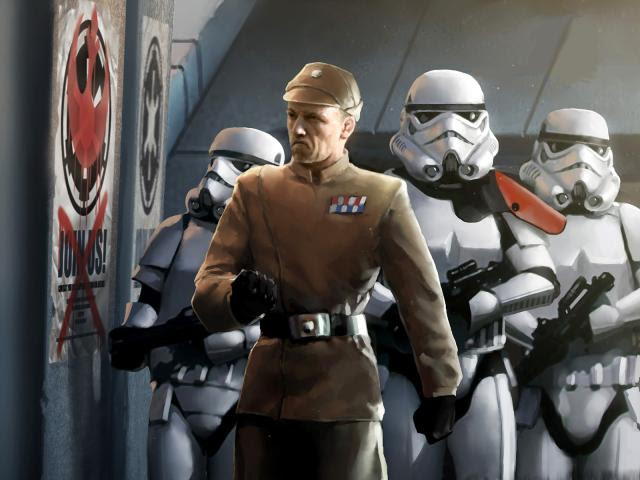 The next morning headed back to Weenue's shop only to find it barricaded by Imperial ISB agents and Storm Troopers. Staying in the crowd they see Weenue dragged off by the agents but also spot the same Bothan they saw the night before in the shadows. They quickly run and catch up to her to find out that the Bothan is a Rouge Slicer who was seeking discreet passage to planet of Alderaan to deliver a very important message, but found out through hacking Centerpoints Data Portal, pieced together that Weenue Onan was secretly running cargo for the Rebel Alliance and using common working freighter pilots to do the jobs unwittingly for him.

They also found out that the ISB had seized all of Weenue's assets and records and no doubt the groups name was on that list, along with the Bothan.

They had to escape off the station, but their faces were already known to security at this point and their ship was seized and locked down at the hanger bay. After being noticed, chased and shot at on their way back to their ship. The Bothan, "Tamaya" managed to disengage the tractor beams and force fields long enough for the crew to fight back the advancing Storm Troopers in the docking bay control room and make good their escape from Centerpoint, During the rapid departure, The Forgotten took critical damage from colliding with various (everything) parts of the departure ramp and other structures but still managed to jump to hyperspace in the face of an Imperial Cruiser then patrolling the area.

They were now wanted by the Imperials for dealing goods with the rebellion and decided to flee. Making a quick stop at Alderaan  to drop of their Bothan slicer.

Its when they drop out of hyperspace they notice something was wrong. In the distant, they could see a strange station, the size of a small moon orbiting the planet of Alderaan.

And this is where the first episode ended..