Due to a string of technical issues, we were unable to successfully record our session. So, it looks like its back to my poor writing.

Alistair was standing a mere 30 feet away from the large 12 foot tall dog like creature. With out thinking, he charged towards it, his axe swinging wildly. Theron, who was still suffering from his recent bout of the Blood Boils, sets up in the Big Boss ATV and starts to provide some covering fire for his father. 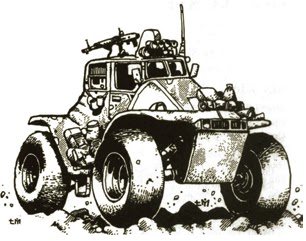 Within 30 seconds, Alistair is standing over the dusty remains of the demon dog which he recognized as a "Alu, A Demon Hound" After searching the wreckage for any signs of Sarah, Gearz's daughter, they are approached by a female traveler, who is very obviously a partial cyborg. She introduces herself as, Tia Sharpe, a Headhunter Momano. She has been been tracking a pack of these Alu for the last several weeks, and has already killed 3 out of the 5. The last two came this way, one of which was just destroyed by the party. 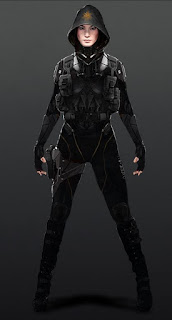 They explain to her that they are out trying to find Sarah, and that her tracks lead further into the ruins. Tia agrees to join. After driving as far as they could with the Big Boss, they have to stop or risk getting the vehicle stuck in the crumbling ruins. It was here, that lost the tracks and loose several hours trying to find them again. 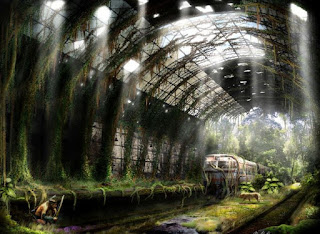 When they do discover the girls tracks, they also find a second set of tracks, the last Alu tracking after her. These tracks led the group into an entrance of a underground NEMA facility. Descending deeper into the tunnels, and climbing through various obstructions the group gain entrance into the main NEMA facility, and discover a underground "Hive" complex. After more time, and deeper into the abandoned depths, they find Sarah, who managed to barricade herself into a lab area, to protect herself from the final, stalking Alu.

The Alu, realizing that it was no longer alone turns and attacks the party and after some crafting maneuvering, the Psi Slayer lands a neural strike stunning the beast, allowing it be easily taken down by they other two. Sarah has been rescued!

As they were reveling in the success, Sarah explains that in her attempt to flee the creature she activated some form of base security system and the time is starting to count down. Not knowing what was triggered, the group flee back towards the entrance, but realize they will never make it back to the tunnel entrance in time before what ever was triggered becomes activated, they run deeper into the complex. Sarah, with only enough time grabs only a small satchel filled with pre rifts medicine, runs before being sealed in this tomb of darkness. 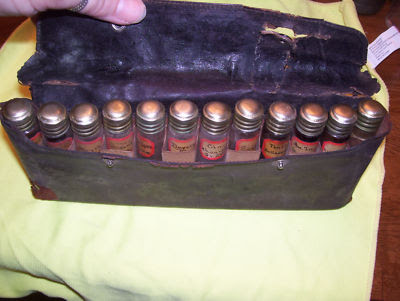 Bast doors slowly start to descend, sealing off various areas, the 4 now run towards the underground hanger/storage bay area. Diving under the descending blast doors the group end up in a vast chamber filled with ancient pre rifts artifacts and technologies, a literal treasure drove! 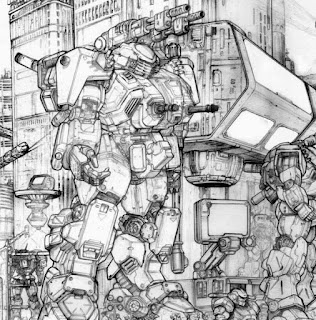 There are only two problems. Behind them is the sealed blast doors and in front of them, cutting off the access to the rest of the hanger is a massive rift shimmering with a ice blue light. 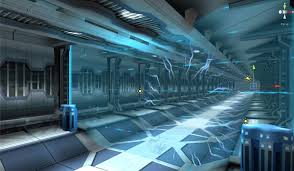 Stuck between a rift and a hard place, the group ponder what their next step will be. Cross the blue, or look for another way around?

+Shannon Davis
+Stephen King
Posted by The JollyGM at 2:28:00 AM