Click below to join the fight at FG-Con.
Weird Wars II: The Forgotten Beach Teaser

A commanding voice can be heard coming from the front of the audience. A high ranking US officer can been seen walking in front of a large wall map on the stage in front of you.

"Men, your mission is Atlas." He pointed to a section on the left side of the map. "Atlas is a small beach in which the Nazis have just recently reinforced." He walked back to the other side of the stage. "We have reason to believe that an old french chapel in this area has been converted into a key communications hub and there have been reports of several high ranking SS officers in this area." He looked around "So high ranking in fact, they have seen fit to take 3 Companies off of Omaha and send you here." He tapped the spot with his pointing stick. 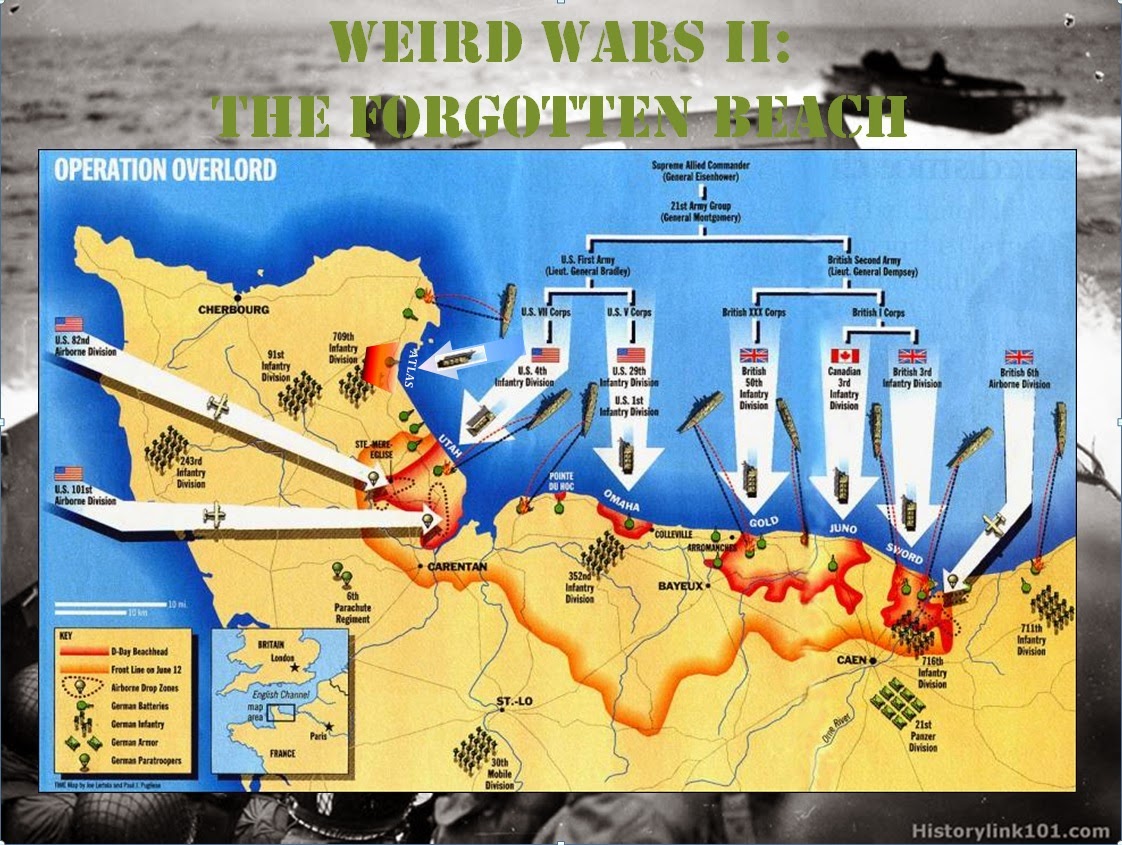 He walked back to the center of the stage again. "Men, high command has tasked us with storming this beach, clear the trench defense and take out the German battery, then press on and capture that chapel" he paused for a second. "We have not been authorized to engage the chapel with navel bombardment, so you will have no fire support once you clear the defenses."

"Men.. Good Luck! He turned and walked off the stage.